Partnership initiatives supporting the development of our Customers 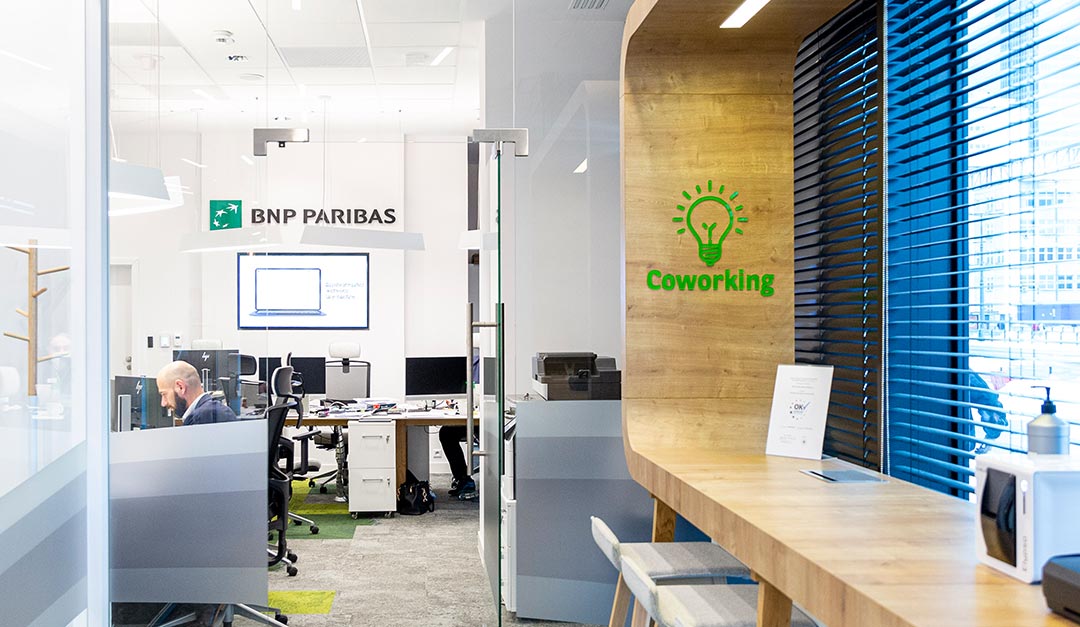 Our Customers can rely on us not only in matters directly related to our products and services. We strive to be an active partner for them, to support their development plans and inspire them to set ambitious goals for themselves.

The Foreign Trade Program (FTP) is a series of conferences which support domestic entrepreneurs in for-eign expansion and are a platform for sharing expert knowledge. During the events, entrepreneurs ex-change experiences and establish cooperation with experts who specialise in specific export markets. All corporate and SME entities are invited: both experienced exporters and those who are at the beginning of their foreign expansion. The initiative is a cooperation between BNP Paribas Bank Polska S.A., Korporacja Ubezpieczeń Kredytów Eksportowych (KUKE), Bisnode Consumer Intelligence Agency and the Polish Investment and Trade Agency (PITA). In 2020, representatives of PITA’s Foreign Trade Offices in Frankfurt and Shanghai participated in FTP events.

In 2020, the Foreign Trade Program organised online meetings devoted to the German and Asian markets. The autumn events were devoted to the Polish food exports. At the end of the year, a BREXIT conference was organised.

Germany is Poland’s main trading partner, and the impact of coronavirus on bilateral economic relations was key to the results of Polish exports in 2020 and to the functioning of domestic entrepreneurs. Our choice of the conference topic was dictated by our willingness to strengthen relations between entrepreneurs and the German community in Poland. For many years, our goal has been to remain the bank of first choice for corporate Clients with German roots and for Polish Clients who own German companies. The conference talk of our Chief Economist, Michał Dybuła, on changes in supply chains, predicting their impact on Clients, and the inflow of new investment capital to Poland was received particularly well.

Two subsequent meetings concerned the Chinese market and posed the question of how the pandemic changed trade in that part of the world. During the meeting, experienced experts described how the pandemic influenced the behaviour of local consumers and how to effectively develop online relations with contractors. Participants discussed how to sell products directly to consumers in China and how to effectively and safely operate on the demanding Chinese market.

The “BREXIT-related challenges and opportunities for Polish entrepreneurs” conference was devoted to the British market, and it was organised in partnership with the British-Polish Chamber of Commerce. Brexit had huge consequences for Polish entrepreneurs, as Great Britain is among the three leading directions of our exports. During the conference, participants discussed the main effects of Brexit on Polish companies which are already on the British market as well as on those which are planning to enter it. Potential opportunities were also considered. Polish importers and exporters received expert advice on topics such as: taxes, customs, attestation and certification and new regulations regarding the labelling of products.

The Foreign Trade Program is one of the most interesting initiatives on the market. It increases the potential of the Polish economy by encouraging entrepreneurs to commence and increase exports as well as to invest in foreign markets. The competences of the program’s partners complement each other perfectly and they are eager to share practical knowledge on how to be successful in foreign expansion. In the past years, Polish exports have shown their strength regardless of the global economic situation. Therefore, more and more companies are interested in going beyond the domestic market. FTP has become an important signpost for many of them.

Janusz Władyczak
President of the Management Board, KUKE S.A.

BNP Paribas Bank Polska S.A. actively participates in the life of the French, Belgian, German, Italian and British communities through participation in chambers of commerce. The Bank also supports the organisation of events addressed to international companies.

In 2019, BNP Paribas Bank Polska S.A. joined the Strategic Partners of the Family Business Initiative (IFR). The cooperation aims to promote Polish family businesses, support their education and thus also contribute to the development of the Polish economy. The partnership of both institutions emphasises the role and values of family businesses in Poland.

In 2020, in cooperation with IFR, we organised a webinar on employee safety during the pandemic and on preparing office space for the return of employees. The webinar was hosted by Małgorzata Fibakiewicz – Managing Director for the office class sector and strategic projects at BNP Paribas Real Estate Poland. The meeting was moderated by Tomasz Budziak – Vice President of the IFR Management Board. During the live meeting, participants had the opportunity obtain expert advice.

Initiatives supporting the development of the Food & Agro sector